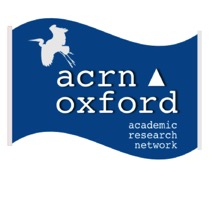 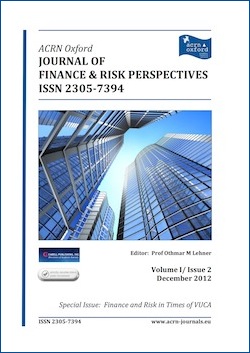 Abstract. This paper investigates empirically the long-run and short-run impacts of lower exchange rates on exports, imports and national output of Tanzania for annual recorded period dating from 1990 to 2011. The estimates of the cointegrating equations are obtained using the Vector Error Correction models which allow restrictions to be included to isolate the short run and long run behaviours of the selected variables. The major results shows that lower value of the currency (annual official exchange rate), has led to the increase in exports in the long run while imports have been declining overtime. Also this paper notice that in the long-run, other things being equal, the national output is increasing due to the devalued exchange rate in Tanzania which has lasted for more than twenty years. We follow all time series econometric procedures to measure the stability and robustness of our results and all discussion and conclusions are based on the results obtained from the specified VECM models.
Keywords: Exchange rate, Devaluation, Exports, Imports, VECM, Cointegration, Error Correction Model, Tanzania
JEL classification: O24, F3, F31

Abstract. Our inquiry is motivated by the ongoing extensive discussions on the relationship between banks performance and ownership structure which shows mixed results. We use a panel of nine Tanzanian banks from 2000 - 2009. Basing on a range of financial performance ratios and a sample of state and private owned banks in Tanzania, we compare the means and then test for the relationship between bank’s performance and ownership structure with a proper regression set up. On average private owned banks have higher Return on Average Assets and lower Operating Efficiency Ratio while state owned banks have higher Return on Equity and capital adequacy indicators, Equity to deposit Liability and Liquid assets to Deposit Liability. We find little evidence to suggest a linear positive or negative relationship between ownership structure and bank performance in Tanzania. For that reason, ownership alone has no much impact on the bank’s performance.
Keywords: Bank’s performance, Ownership Structure, Tanzania
JEL classification: C51, D58, E32.

Abstract. In this paper a new measure of the banking liquidity based on the liquid assets. On the basis of balance-sheet of the banks of the sample, we could detect the cycles of liquidity which characterize the Moroccan banking system and this between 2001 and 2010. The various results obtained made it possible to detect two cycles of liquidity, the first indicating one period of over liquidity, characterized by an abundance of the cushions of liquidities, the other testifying to a contraction in the mattress of liquidity of the banking system. While falling under a prudential macro approach, we were interested in the relation being able to link, the development of the liquidity and the various fluctuations of the macroeconomic framework. For this purpose, we identified several macroeconomic variables likely to influence the development of the banking liquidity, in particular, the economic growth, credit growth, exchange reserve, interbank interest rates, and return of stock market of Casablanca.
Keywords: systemic risk, macro prudential approach and liquidity risk.
JEL classification: C51, D58, E32.

Abstract. We examine the causality relationship between the S&P500 (SPX) and the VIX. Our contention that a circular mechanism which “feeds” itself that can be explained by “cause and effect”, is supported by the empirical findings on the intraday, minute bar, time series of the SPX and the VIX. The findings are supported across different samples and estimation models and show that: (1) the SPX shock to the VIX time series is not only significant but also persistent; (2) the VIX follows a serial pattern of significant reversal (in the first lag) followed by momentum in the subsequent lags (and beyond the first 10 minutes); (3) the VIX endures a “permanent” market impact, while the SPX sustains a “transitory” one; and (4) the SPX shock on the VIX system remains in the system long enough to account for 70% of the variance of the VIX, suggesting a predictive power of the SPX to the current movement of the VIX.
Keywords: causality, Vector Autoregressive (VAR), Volatility Index (VIX), S&P500 Index (SPX), shocks, market impact, reversal, momentum, autocorrelation, cointegration
JEL Classifications: C58; C55; G02; G19