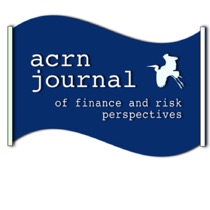 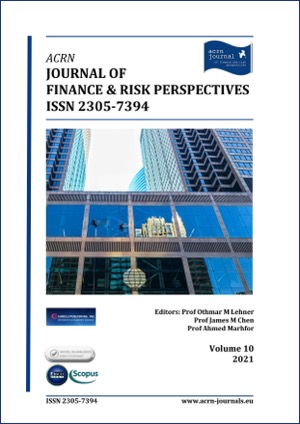 School of Economics and Management, University of Porto

Abstract
The main purpose of this study is to address the association between investors’ divergence of opinion (DIVOP) and stock mispricing for UK firms listed in the London Stock Exchange Market. Previous research on this topic has provided mixed results. Some studies provide evidence consistent with the overpricing hypothesis, which indicates that DIVOP leads to overpricing because the market overweighs the most optimistic valuations, since optimistic investors can always buy a stock but pessimistic investors can only sell a stock if they already own it or need rely on short-selling, which has costs. Other studies support the underpricing hypothesis, which proposes that DIVOP works as a price risk factor that generates underpricing. We develop an empirical analysis that do not depend on the interpretation of abnormal future stock returns to assess contemporaneous mispricing. We use five explicit measures of mispricing. Also, to safeguard the development of a comprehensive study, we use three kinds of proxies of DIVOP, based on idiosyncratic volatility, dispersion in analysts’ forecasts and unexpected trading volume. The results show a positive significant association between DIVOP and stock mispricing on a yearly basis. This association is stronger for underpriced stocks, which is consistent with the underpricing hypothesis, and indicates that DIVOP signals risk. An implication of this study is that firms have incentives to provide high-quality and explicit information to limit DIVOP and avoid being underpriced.

Abstract
Emanating from the influential survey of Barberis and Thaler (2003), this systematic literature review examines the significant volume of studies on behavioral finance from 36 reputable finance journals published be-tween 2009 and 2019. The findings are clustered into eight prominent research streams, which indicate the current developments in behavioral finance. Findings show that research intensively focuses on behavioral biases and their influence on economic phenomena. Driven by the impetus to understand the human mind, significant findings originated in the relatively new field of Neurofinance. Additionally, the analysis addresses the influence of market sentiment and its correlation with some of the other findings. Furthermore, implications on the limits to arbitrage in connection with some financial anomalies complete the holistic picture.

Abstract
The purpose of this paper is twofold. 1) We propose for the first time in the literature a theory (managerial learning hypothesis) that may explain why managers engage in corporate social responsibility (CSR). 2) We use an intuitive empirical methodology (Edmans et al. 2017) to test the relevance/irrelevance of our new theory. The idea behind our main contribution is that managers engage in CSR to learn new relevant information from other informed stakeholders. In return, managers will use both the new information and other information they already have to choose the optimal level of firm’s investment (Jayaraman and Wu, 2019). Therefore, we propose to examine whether a strong CSR engagement improves revelatory efficiency (Edmans et al. 2012, 2017). The latter accounts for the extent to which stock prices reveal new information to managers that will help them make value-maximizing choices. Our findings suggest that CSR activities do not allow firm’s managers to extract new information from their stock prices and ultimately improve the efficiency of their investment choices.

Abstract
The purpose of this study is to provide an updated version of the widely accepted three lines of defense model (3LoD) to better apply for regulated financial institutions. The author proposes the five lines of defense model (5LoD) which consists of the existing three lines along with external audit and regulators (comprising the fourth and fifth line of defense respectively). In spite of the fact that the bodies forming the two additional lines of defense constitute the external lines of defense, there should be active in supervising and monitoring control issues within the organization, in strong cooperation with the internal lines. This calls for closer interaction among the internal auditors, external auditors and regulators in the design and implementation of an efficient and effective internal control system, aiming to strengthen the existing framework regarding the governance of modern financial institutions, which operate in a highly demanding regulated environment.

The value of political independent supervisory boards: Evidence from Indonesian dual board setting

Abstract
We investigate whether political independent supervisory boards (political I-SBs) help companies to reduce their corporate risks in the setting of Indonesian two-tier board system. This study is different from other studies in several ways. First, while most prior studies examine the effectiveness of independent boards in one-tier board setting, we use dual board system. This system promotes the strategic role of political I-SBs. Second, we use two measures of corporate risks: operating and market risks. Based on 1,176 firm-year observations for operating risk analysis and 1,254 firm-year observations for market risk analysis, we find that firms with political I-SBs have lower operating and market risks than firms with non- politically connected independent SBs. We also control for endogeneity problem using GMM (Generalized Method of Moments) method, and the results are still consistent.

Abstract
We introduce the new price probability measure, which entirely depends on the probability measures of the value and the volume of the market trades. We define the nth statistical moment of the price as the ratio of the nth statistical moment of the value to the nth statistical moment of the volume of all trades performed during an averaging time interval Δ. The set of the price statistical moments determines the price characteristic function and its Fourier transform defines the price probability measure. The price volatility depends on the 1st and the 2nd statistical moments of the value and the volume of the trades. The prediction of the price volatility requires a description of the sums of squares of the value and the volume of the market trades during the interval Δ and we call it the second-order economic theory. To develop that theory, we introduce numerical continuous risk ratings and distribute the agents by the risk ratings as coordinates. Based on distributions of the agents by the risk coordinates, we introduce a continuous economic media approximation that describes the collective trades. The agents perform the trades under the action of their expectations. We model the mutual impact of the expectations and the trades and derive equations that describe their evolution. To illustrate the benefits of our approach, in a linear approximation we describe perturbations of the mean price, the mean square price and the price volatility as functions of the first and the second-degree trades’ disturbances.

Abstract
In this paper, we examine the performance of certain short option trading strategies on the S&P500 with backtesting based on historical option price data. Some of these strategies show significant outperformance in relation to the S&P500 index. We seek to explain this outperformance by modeling the negative correlation between the S&P500 and its implied volatility (given by the VIX) and through Monte Carlo simulation. We also provide free testing software and give an introduction to its use for readers interested in running further backtests on their own.

Are Strategies for International Diversification by Country, Industry and Region Equivalent?


Abstract
The green bond market is growing and becoming increasingly important in green finance and for the transition to a low-carbon economy. Still, the green bond market is to a large extent unstandardised. There is no commonly agreed definition of the term ‘green’. This has been seen as one of the biggest challenges when it comes to the development of the green bond market. The need of a unified EU standard has been raised and as an effect the establishment of the EU Green Bond Standard is now in development. However, new standards might not only bring advantages, but also challenges. Striking the right balance of strictness might be hard. The research has been conducted through qualitative method with semi-structured interviews. Nine interviews were held during November and December 2020. The data was then analysed through thematic coding in order to find patterns of meaning. The results show that Nordic green bond issuers overall are positive towards the EU Green Bond Standard. The EU GBS has a good aim, to harmonise and enlarge the green bond market. However, the standard brings challenges that are to a large extent known challenges which the EU GBS aims to address, such as labour intensive reporting processes, lack of initiative and reputational risk. Also, it is argued that the standard is not fair and applicable for all the countries and companies. Countries national laws may not always go hand in hand with the standard. For example, the requirements for green buildings are seen as challenging in the Nordics. If these challenges are not taken into consideration, Nordic green bond issuers fear that the market will not grow, but instead decrease. Additionally, Nordic green bond issuers argue the adoption of the EU GBS is not a guarantee for issuers. Bigger institutes are seen to be early adopters. For other issuers investor requirement and positive impact on their company reputation is seen as the key drivers for adoption of the standard.

Discriminating between Islamic and Conventional banks in term of cost efficiency with combination of credit risk and interest rate margin in the GCC countries: Does Arab Spring revolution matter?